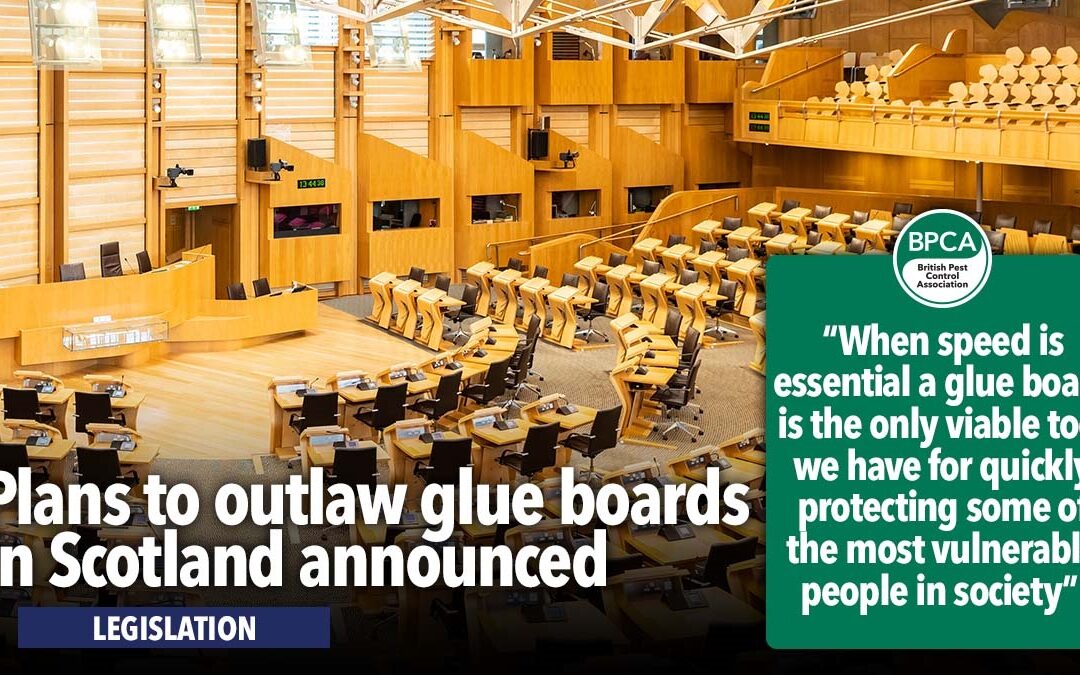 It concluded that there are significant animal welfare issues related to their use for rodents and non-target species such as wild birds.

The government announced it would seek stakeholders’ views through a consultation before bringing legislation during this parliamentary term.

“We are committed to maintaining the highest welfare standards in Scotland for animals, including wildlife.

“We have carefully considered the Scottish Animal Welfare Commission’s findings, alongside all other relevant evidence. I am pleased to announce in Parliament today that we intend to end the cruel practice of setting glue traps.

“The Commission’s report is clear that there are significant animal welfare issues related to the use of glue traps, not only for rodents but also for other animals such as wild birds.

“Therefore, we will bring forward legislation to ban glue traps in this parliamentary term”.

“These are tools that should certainly be banned for amateur use but should stay in the toolkit of pest professionals.

“When speed is essential, such as in hospitals, care homes, schools and critical infrastructure, a glue board is the only viable tool we have for quickly protecting some of the most vulnerable people in society.

“BPCA will expand our lobbying efforts into Scotland and get involved in the government’s consultation to make sure the views of pest professionals are heard at all levels.

“We can all agree that championing animal welfare is important. However, we must make sure that new legislation does not impact public health and leave Scottish citizens less protected from the potentially deadly pathogens rats and mice transmit”.

Glue boards across the border

When a private member’s Bill by Jane Stevenson MP was brought to the House of Commons last year, BPCA lobbied hard to get an exemption put into place for pest professionals.

This led to a U-turn on the plans for a complete ban in England and a licensing scheme was announced instead.
Ian continued:

“We’ve set a precedent that a licensing scheme is the best way to balance animal welfare and public health.

“We hope that Scottish ministers are willing to listen to our concerns too, so pest professionals in Scotland continue to protect their clients”.